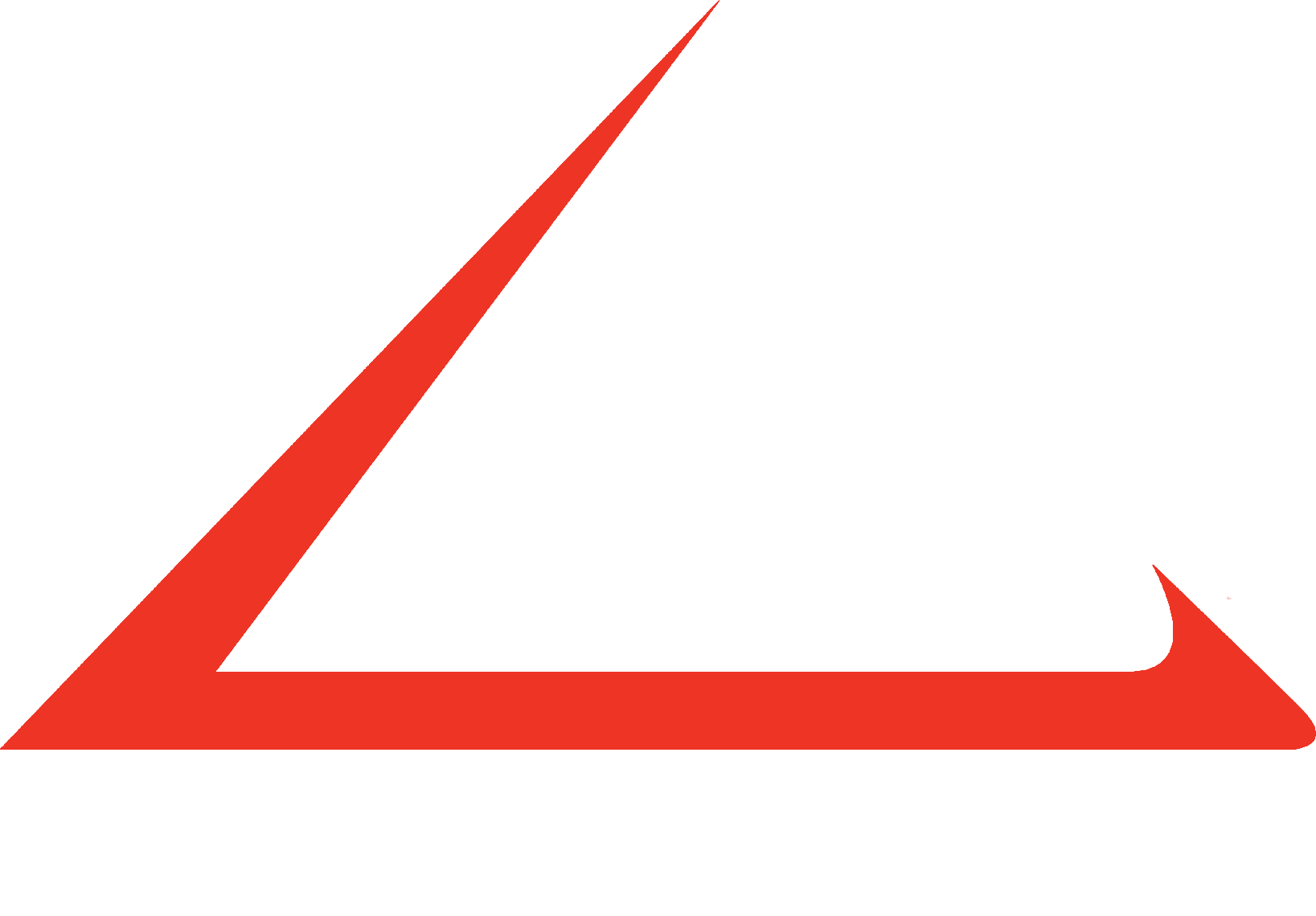 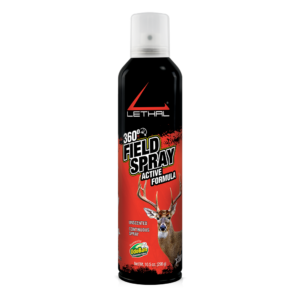 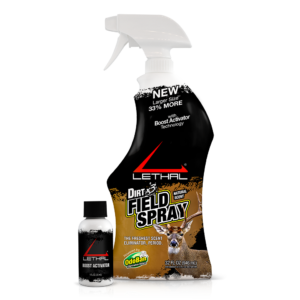 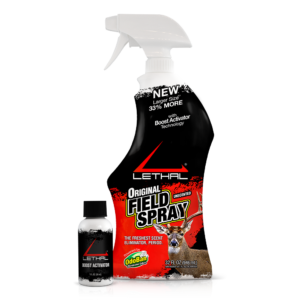 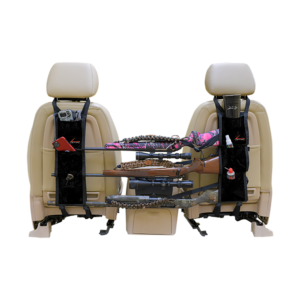 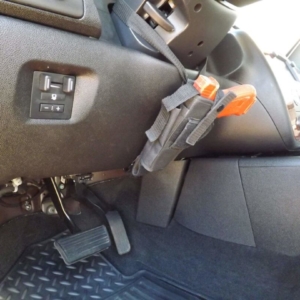 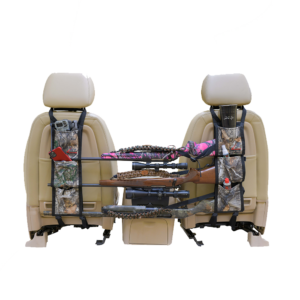 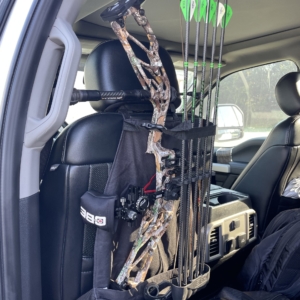 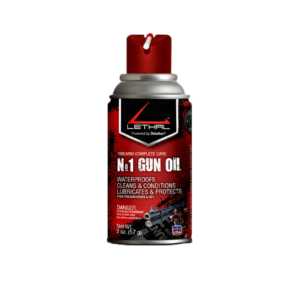 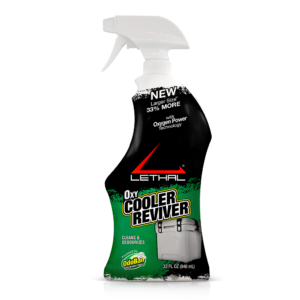 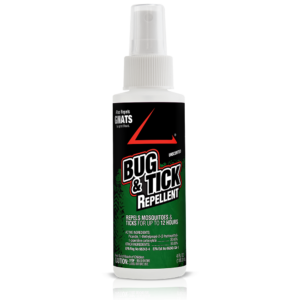 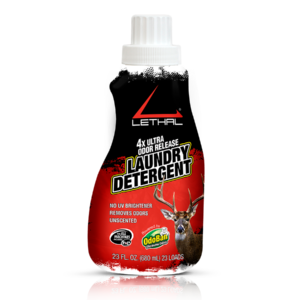 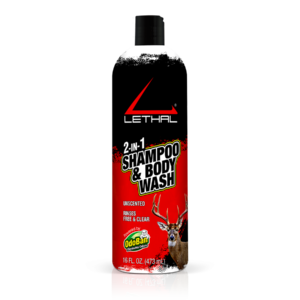 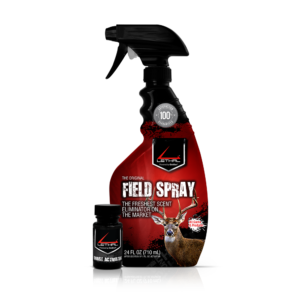 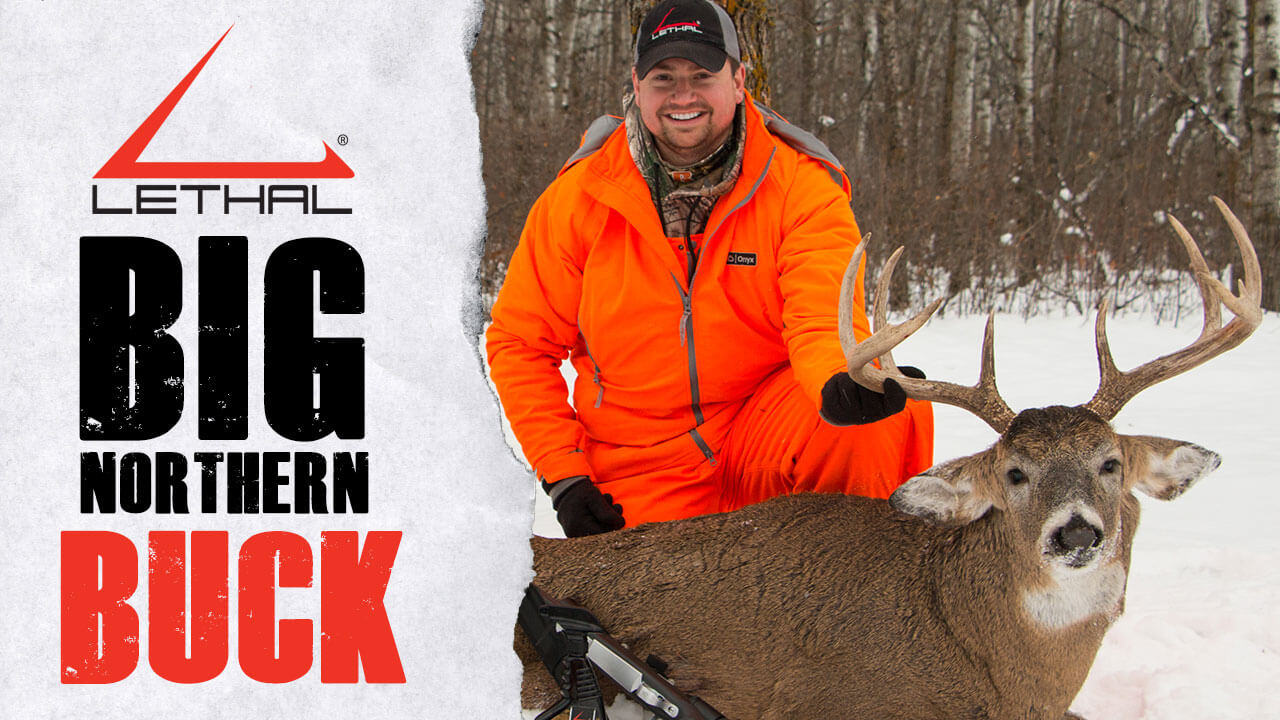 Brief Story of the Hunt: The Wide “8”

Sunday morning, I woke up early, took a nice hot shower and got washed up with Lethal. I wanted to make sure everything was right for my potential last sit of the rifle season (wanting to get home early Sunday to see my kids before bed).
As I settled into the stand, things were quiet for the first 20-30 mins. Then, in the distance along our field edge, I saw movement. I pulled up my binoculars and spotted a nice sized deer. The light was still low, so it was hard to make out if it was a buck, but I watched and as he finally turned, the sun lit up his RACK! My heart started to race, I peered closely through the binos to judge how big the buck was, and as I watched, I concluded, it might be the “Wide 8”. After a minute or so, he slipped back into the woods out of sight. He was downwind, and my only hope was he would work his way back out to me. I had followed this deer all season long on trail cameras, pursuing him multiple weekends with my bow, to no avail.

15-30 minutes passed by when I noticed movement and a doe stepped into the clearing. I pulled up my gun and steadied my aim, but I watched her pass by and back into the brush. I knew that buck was still in the area and hoped he’d be close behind.

Well that doe wasn’t out of sight for more than a few seconds, and I saw movement from where she came from, and out stepped the “Wide 8”! He was majestic. He didn’t have a care in the world, other than following that doe. As he walked through the opening, I pulled up my gun, looked at his body, then his rack (it was heavy) and back to his body, I knew it was him. As he approached the edge of my clearing, he stopped. I squeezed the trigger, and off he crashed, then SILENCE. He was DOWN.

It was the first time in my hunting career, I had followed a buck all season, and was able to put my tag around him. 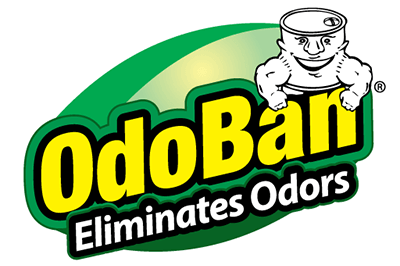